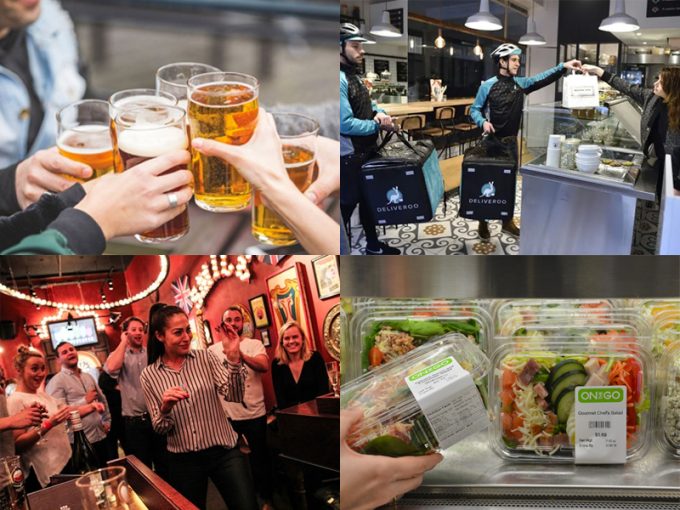 The most talked about hospitality stories of 2018

As this year comes to a close we take a look at the hospitality news of 2018 that got the most attention.

World Cup boosts beer sales
With England making it all the way through to the quarter-finals of the World Cup 2018 was a great year for English football. The Three Lions triumph was also a triumph for beer sales as the British Beer & Pub Association revealed beer sales were up by 4.4% in the third quarter of 2018, measured against the same period in 2017. Pubs in particular benefitted from the boost as they enjoyed their first third quarter growth in more than 15 years. The World Cup is always seen as a welcome boost to pubs as the hype encourages Brits to visit their local to eat, drink and watch games, but the success of the Three Lions this year definitely got pub operators talking.

Deliveroo dark kitchens
Delivery continued to be a talking point this year as more and more restaurants looked to offer the service. Deliveroo took this opportunity to introduce ‘dark kitchens’ which gave street food start-ups the opportunity to reach customers through delivery but without the cost involved in opening their own permanent restaurant. Eliminating the eat-in aspect of a traditional restaurant, Deliveroo set up kitchen only operations in Canary Wharf and gave street food brands 12-week slots to use them. By taking away the huge costs involved in setting up a restaurant Deliveroo hoped their dark kitchens would help brands share their food with more people through way of delivery.

Food label reform
Allergen labels came under further scrutiny this year following the inquest of a death in 2016, which was the result of a poorly labelled sandwich. Current rules and regulations regarding food labels are not comprehensive and there has been an urge for the Government to step in and force large businesses to set out clearer labelling. Food allergies are not uncommon and are extremely serious, however the food labelling standards do not reflect this. Consequently implementing and enforcing food label regulations will definitely be on the agenda for 2019 and will force a change within the hospitality industry.

Activity bars on the rise
No longer satisfied by merely drinking and dining, millennials have paved the way for the success of the activity bar concept. Ping-Pong and cocktail bar, Bounce, has operated in Holborn and Shoreditch for several years now with continued profits, however 2018 has seen the growth of even more activity bar concepts. This year Flight Club, a bar offering electronic darts, has expanded with two additional venues, with one being outside of London in Manchester. Another brand revelling in the activity bar success is the company behind crazy golf bar Swingers who announced in 2018 they are going to launch a new concept in the UK after receiving significant funding. This year also saw the opening of Puttshack, an electronic mini golf concept that opened in Westfield White City.

The UK hotels with the most beautiful Instagram feeds →

Thank you for visiting our blog!