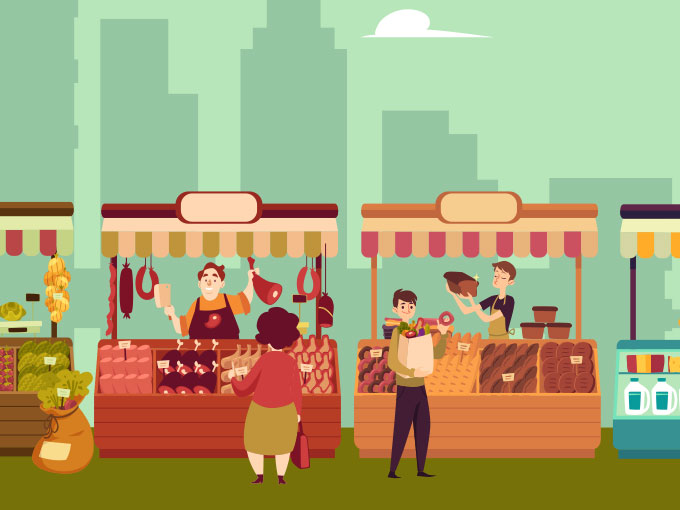 Set in the heart of Covent garden the bustling market is open till late for all those who want to grab some late breakfast, brunch, lunch or a late-night munch on their way home. The 24,000 square foot warehouse creates an upbeat market space for a total of 25 food and bar vendors, whilst also providing a home to a foodie-themed bookshop turned private event space in the evening. 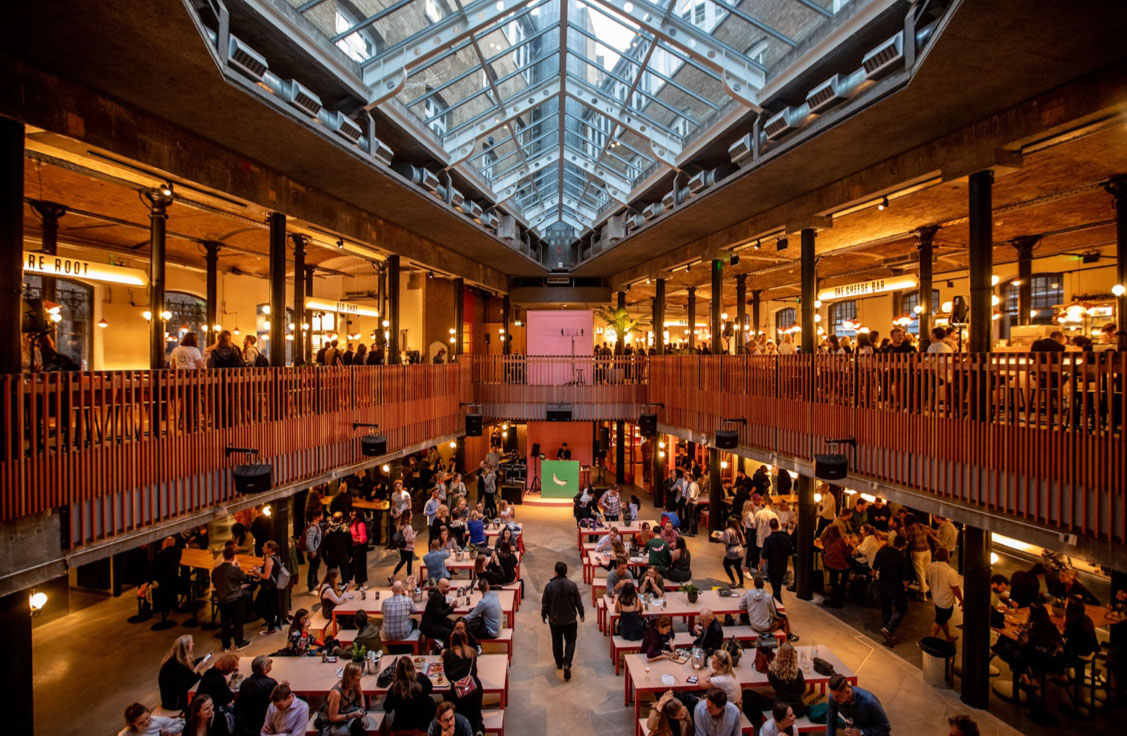 Set up in an old banana warehouse, the market has been created into two sections. Banana Warehouse hosts food vendors, selling dishes originating from far across the world. Whereas Cucumber alley is a space for vendors to display and sell their own London based products, such as ‘England Preserves’ who have created a selection high-quality jams. The market giants explain that “local businesses stock deli items such as artisan pies and fresh bread”. Family-run bakery Karaway will be selling their Lithuanian heritage breads and pastries, whilst prizewinners of British charcuterie methods, Crown & Queue, offers award-winning salamis and “London’s greatest Scotch Egg”.

There are 21 food vendors to choose from with a choice of dishes spreading across the globe; promoting London’s variety of cultures and food talents. Some of the foods on offer range from Mexican to Chinese bao buns; Seafood Brioche rolls and Mac & cheese to Coffee and freshly Baked Donuts.

El Pollote – the Venezuelan fried chicken spot has an adventurous choice of items with foods such as guava-glazed wings and yuca Fries, on their menu.