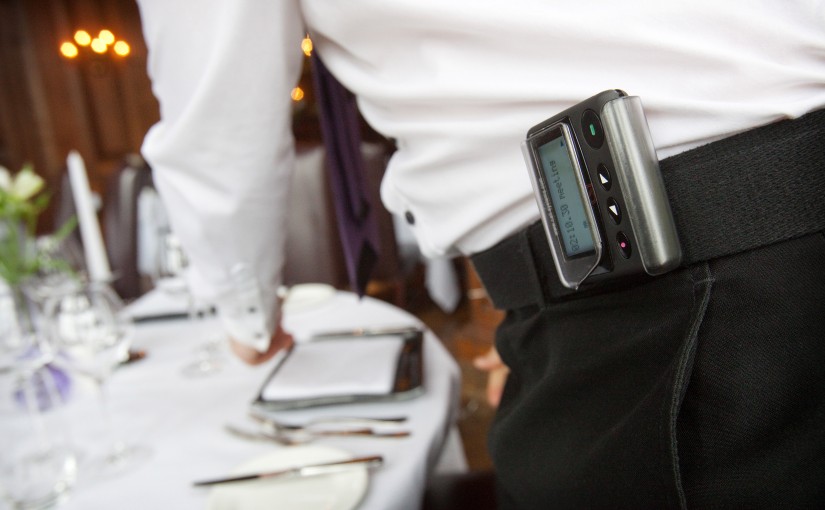 At Call Systems Technology (CST) we supply paging systems to over 15,000 users across a diverse range of industries.

Our advanced paging systems allow users to easily and rapidly communicate with staff and guests with the benefits of paging far outweighing the use of mobile phones.

Our pagers don’t rely on the same transmitters used by mobile networks, instead, they operate with stronger transmitters that can send signals much further. If a cell phone network goes down, such as during a natural disaster, it is critical for reliable communication to remain.

Powered by replaceable batteries pagers don’t need to be plugged into electricity to charge; unlike mobile phones where most require plugging in at least once a day, sometimes even two or three times. If the power is out and a mobile phone dies, there’s nothing you can do in case of an emergency. A pager just needs another battery and becomes as good as new. With most pagers only requiring an AA battery they’re designed to last significantly longer than your phone battery.

A mobile phone plan costs on average £40 per month, imagine hospitals spending £480 annually per person to send patient updates or roster changes. Instead, paging service contracts will often cost the same for one year as smartphone contracts cost for one month, making pagers much more cost-effective.

Ever dropped your mobile phone, even by accident? Then you know how lucky you are if the screen is the only part to break. We only supply the most robust pagers and have the drop test results to prove it.

Using pagers requires little to no training and their benefits are immediate. They’re quick to install too.

The size of mobile phones continues to grow, especially when it comes to screen size. With smartphones boasting screen displays of over five inches, it becomes near impossible to conceal a private message. Just think how many times you’ve seen your neighbour on the train ask their partner what to have for dinner. Pagers make it possible to receive and read a message without others seeing it.

Easily integrate with Gen2 messaging software to automate messages and connect with staff wherever they are. Use Gen2 to send recurring messages and reminders either daily, weekly, monthly or annually or send onetime messages, used to alert people of issues such as inclement weather, system failures or security threats.

Because pagers have existed for more than half a century, the technology has had the chance to evolve, eliminating glitches and bugs.